I think one of the biggest challenges around talking about mental health is that so much of it feels kinda vague.

For example, if someone says:

“Approach this with a positive mindset” YEAH BUT WHAT DOES THAT MEAN?!

“Connect with your emotions” WHAT?!

“Let go of these thoughts” HOW?!

Maybe some people are just built different, and get these kinds of thing straight away. But for me I really struggle if I can’t see what that’s “supposed” to look or feel like.

And before we go any further, just a reminder that there’s not one “set way” to manage your mental health, and everyone’s journey looks different. 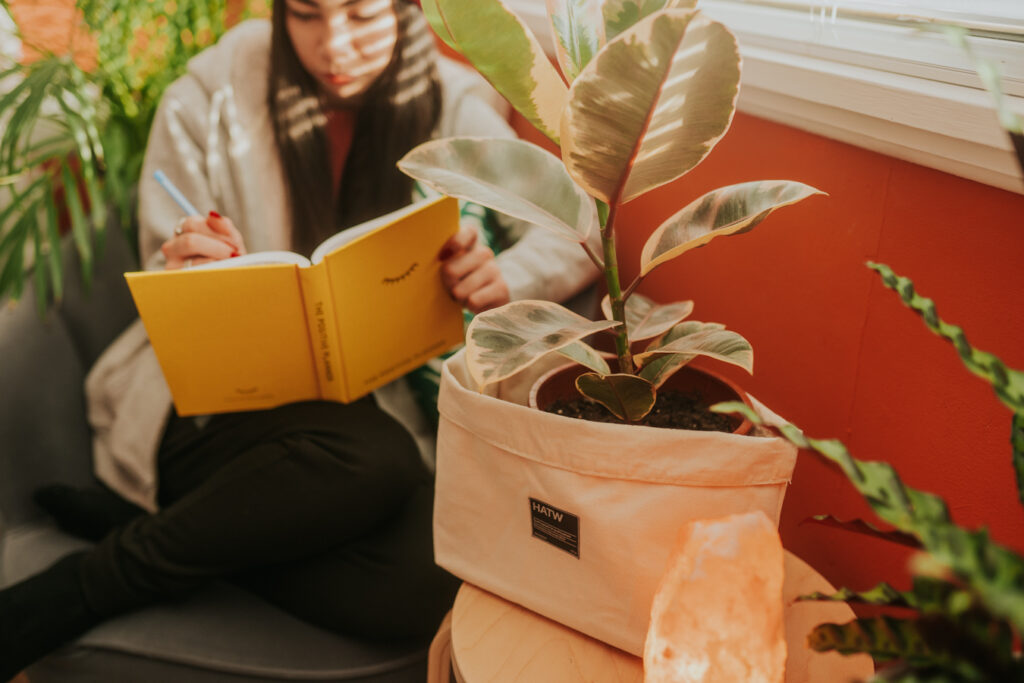 Let’s do it write

So If you’re like me and you struggle with some of the more abstract ideas, you might find it helpful to write stuff down. And I mean, yes, you can use your phone or tablet or laptop or whatever to do this on, but I genuinely believe it’s better to use good old fashioned pen & paper.

You use a different part of your brain when writing as opposed to just thinking, or even talking. It makes you stop and process stuff. And actually seeing something written down on a page in front of you makes it real. Instead of vague concepts floating around in your head, it’s something tangible. It’s something you can physically see – and then approach from a different angle.

So let’s break down those examples I gave at the top, and how we can use writing to help with each.

Approach this with a positive mindset

Have you ever done a list of pros and cons? It’s a really useful tool for making a decision. If you’re trying to decide whether to do something, you can list out all the things that would be good about making that decision. And you can also write down what would be bad if you made that decision. If there are more pros than cons, then you’re probably onto a winner! If there are more cons than pros, then you might want to leave it for now.

But just that process of stopping and taking time to actively look for the positives in a situation is super powerful. It’s training your brain to think differently. You’re not ignoring the part of your brain that worries it might go wrong; you’re giving yourself the chance to think them through, and process these fears. But you’re also looking for what might go right in that situation. And the more you do it, the easier it becomes. 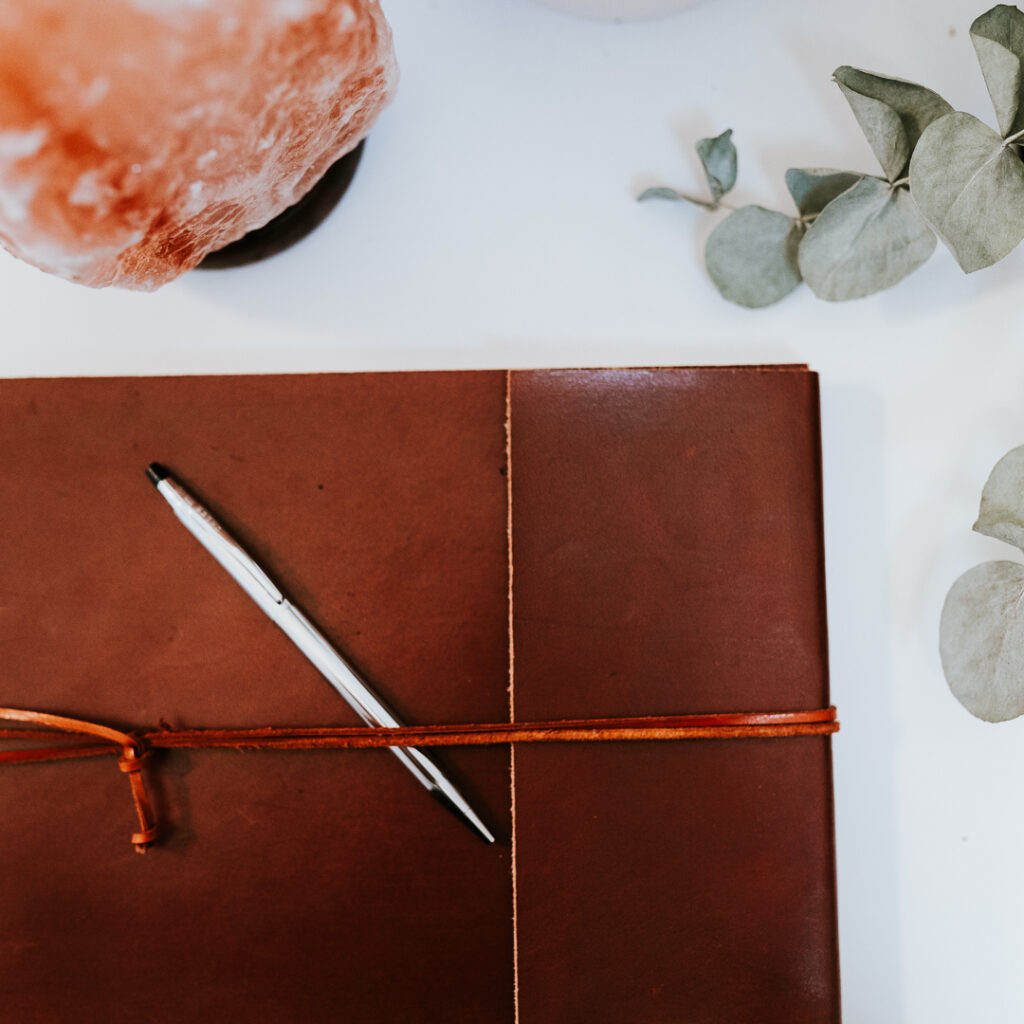 Let go of these thoughts

And if they’re thoughts that you really don’t want, or something that’s bringing you down, you can get rid of that paper. Some people have told us they like to burn it or throw it out to sea in a bottle. Super cool visual way of processing stuff; not so great for the environment. So I’m a big fan of ripping it up or scrunching it up & placing it in the recycling bin. Gotta take care of our planet!

Genuinely one of the most helpful things for me sometimes is to just do – what I do eloquently call – a brain dump. And just write down literally anything that comes into my head. Some of it’s useful. A lot of it isn’t. But it’s just a process of helping get everything out of my brain, and dumping it onto a page. Which makes it feel like I’m not holding onto those thoughts. I’ve done something with them, and that helps me “let go of these thoughts”.

Connect with your emotions

I guess this is almost the opposite of letting go of thoughts. But it can be quite a similar process. I sometimes find it helpful to write down what’s going on in my life and then do a lil mind map of what emotions I’m actually feeling about that situation/person/whatever.

Oftentimes, and particularly when we’re talking about negative emotions, it can feel like just everything is the problem and you feel generally.. Rubbish. But by having to engage your brain and hands as you physically write something down, you’re forced to process it a bit more. And by writing down how you feel, you have to come up with the words that pinpoint what the actual emotion is – instead of just feeling buried by everything.

And the best part about this is: once you’ve identified and given your emotions a name, that’s when you can start to do something about it. If you feel angry, you can do something that helps release that anger – maybe exercise or playing drums. Or maybe you identify that you’re feeling scared. So you can find things that help you feel a bit more comforted. We love watching old movies, or wrapping yourself up in a duvet.

So give it a go! Grab yourself a pen and paper, and next time it’s feeling like there’s too much going on in your brain, try spilling it all out onto a page. Make it feel a bit more real, and then think about (or even write down!) what you can do about it. It might help make things a bit more manageable.

If you’re looking to get into writing stuff down and want a bit of a helping hand, we’ve got your back! The Positive Planner is set up to help you reflect on your day, set intentions, and generally check in with how you’re doing. PLUS every time you buy one, it’s helping us keep on sharing ideas like this, that can help folks who are struggling with their mental health.

Take me to the store 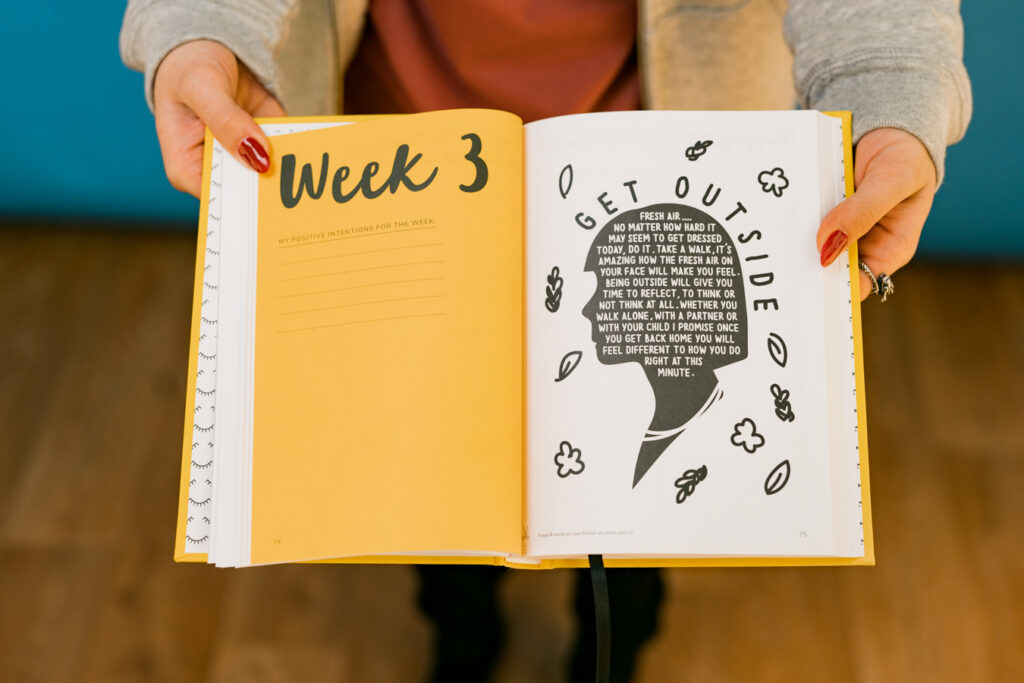