I’m very aware that the title of this is currently “what is real?” and that there’s a 4th Matrix movie about to drop soon, but don’t worry this isn’t a blog post about whether or not we’re living in a simulation. (But I am very excited for that new Matrix movie).

Today, I’d like to introduce you to someone who’s been in my life since day one. 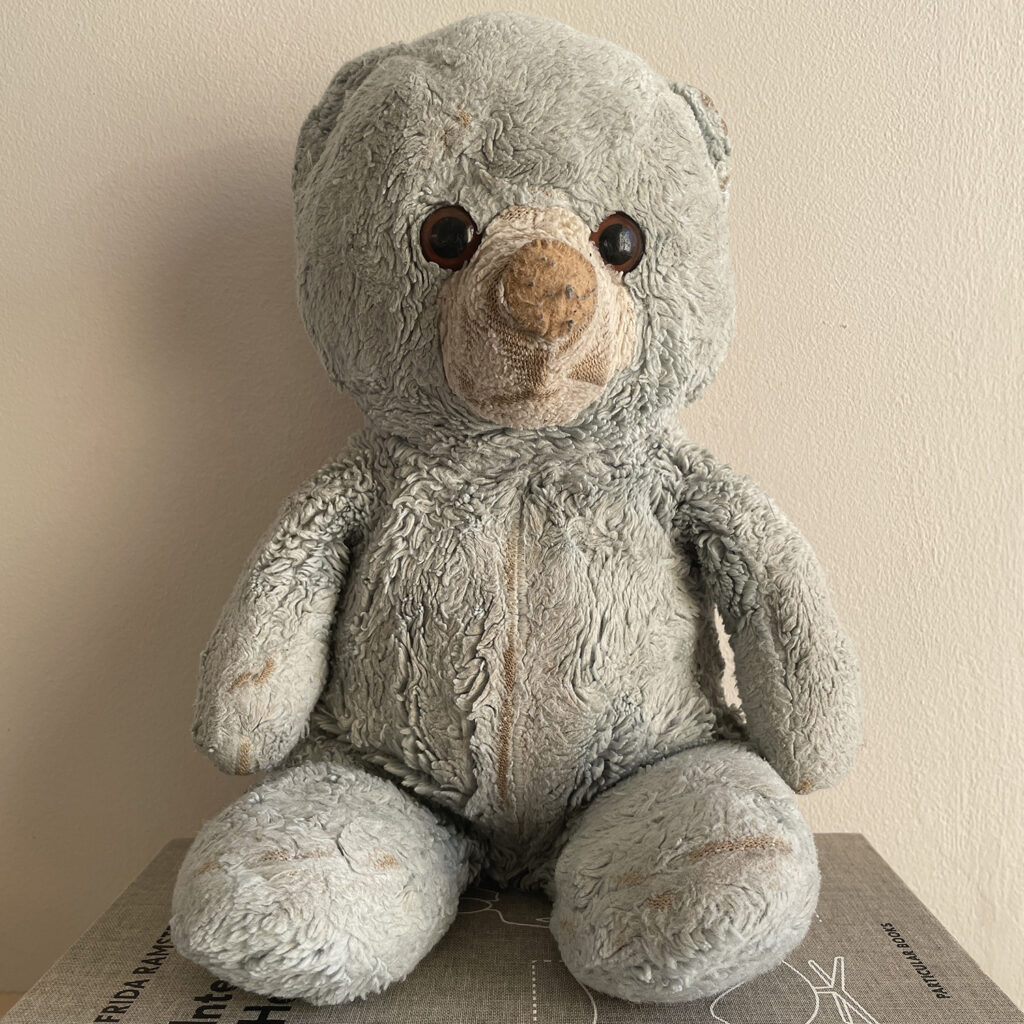 This is my teddy bear. He’s called Big Blue Ted. It’s an inventive name, I know. But gimme a break. I was a literal baby when I had him.

Big Blue Ted is pretty much as old as I am. And he’s literally been round the world with me. But that means he’s starting to show his age a little. He’s getting a few bald spots. He’s not so blue any more. And he’s had to have more than one surgery to patch him back together.

But that’s ok. It doesn’t change how much I love him. If anything, it’s a sign of just how loved he’s been over the years.

So what IS real?

There’s a lush quote from a book called The Velveteen Rabbit, where toys are talking to each other and asking what it is to be real, and one wise old toy is telling the new kid on the block from his experience:

Generally, by the time you are Real, most of your hair has been loved off, and your eyes drop out and you get loose in the joints and very shabby. But these things don’t matter at all, because once you are Real you can’t be ugly, except to people who don’t understand.

That’s something that’s really stuck with me.

We’re living in a time where we’re bombarded with images online that are simply not real. Whether that’s a million filters on a selfie, or people hiring sets of private jets to seem like they’re living the high life. (it’s legit a thing.)

Or, perhaps most dangerous of all, the much more subtle way we experience it: the fact that we tend to only share the good and the glamorous online, and leave out the low spots. Which can easily lead to you comparing your “behind the scenes” to someone else’s “highlights reel” (and spoiler alert: that rarely ends well).

I guess what I’m getting at is that you don’t have to be what the world perceives as perfect.

Big Blue Ted losing a bunch of his fur doesn’t make him any less special. It’s part of his story. All of those signs of aging are actually just signs of life and experience.

Trying to be perfect can be exhausting. But being real, authentic, and honest might seem scary, but it can have a knock on effect. By being open about how you’re feeling, and what you’re going through, it can help others feel able to talk about it themselves too. Or at the very least, it can remind people that they’re not alone. 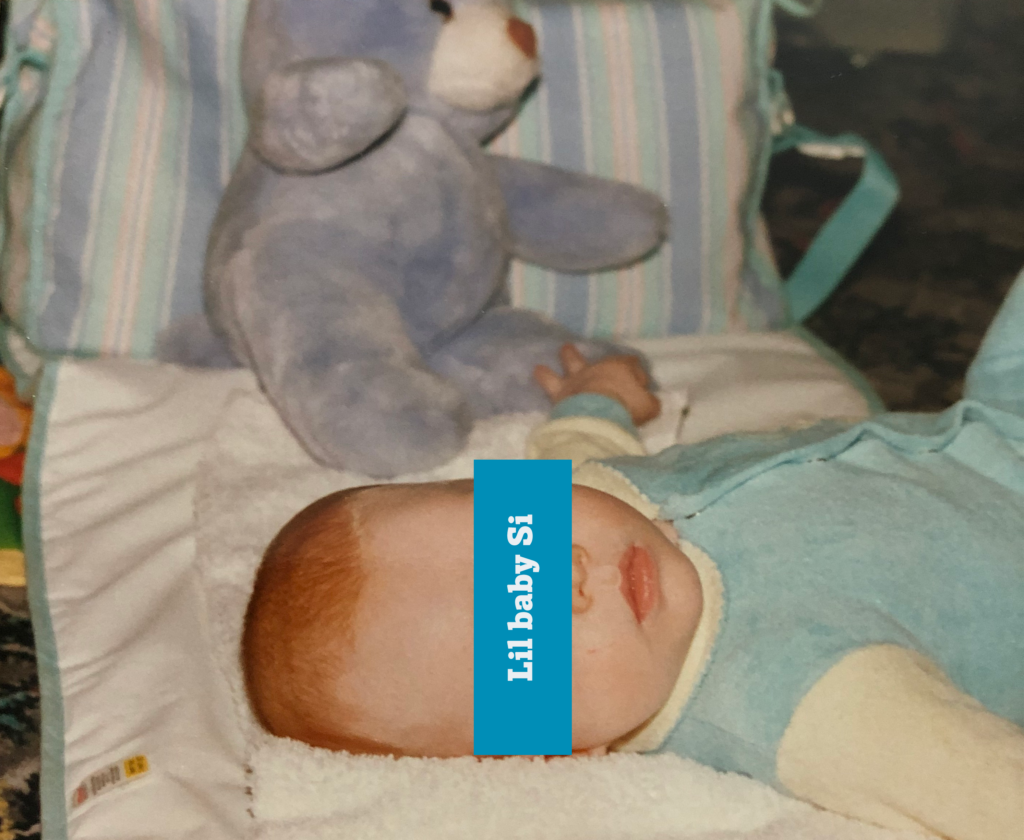 So don’t be afraid to be real. Maybe you haven’t lost a bunch of fur like Big Blue Ted has, but maybe you’re struggling with anxiety, self-harm or your body image. Chances are that others are feeling the same way. And by creating a space where we can all be real, honest and open about who we are and how we feel, we’re going to make it easier for people to get help. We’re creating a space where we can learn from each other, rather than comparing ourselves to one another.

Or hey. Maybe “being real” just means being honest about being a 31 year old man who still sleeps with a teddy bear.

Did you find this helpful or interesting? If so, we’d love it if you could help us make more stuff like this by picking up some Merch With A Message 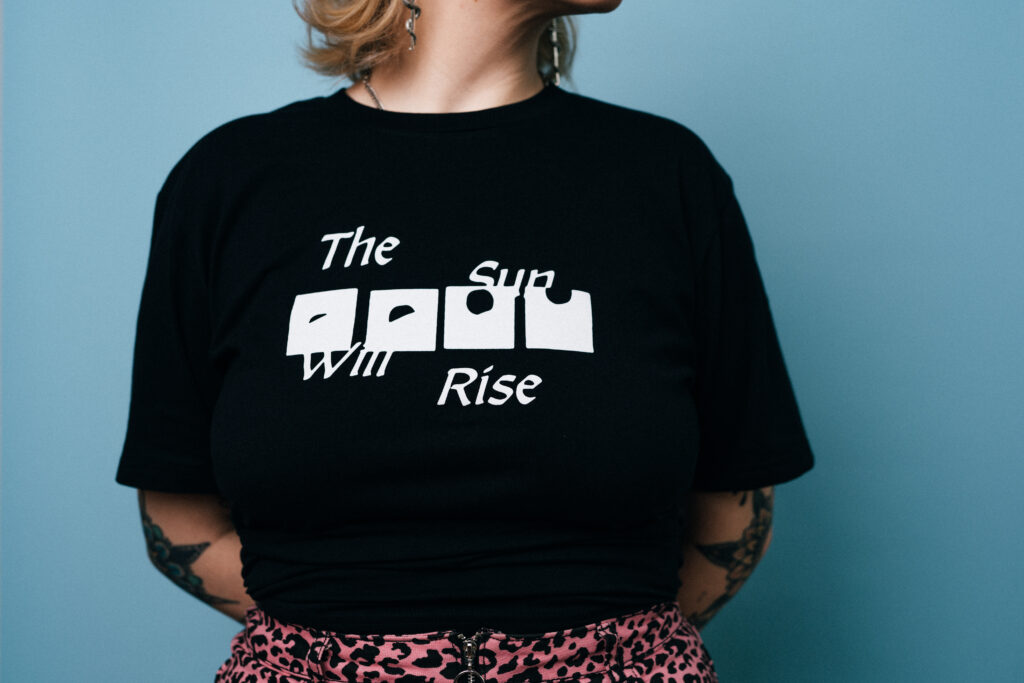