Seventeen years old and sitting in the doctor’s surgery waiting room, my feet and eyes firmly planted on the sticky linoleum floor, I wondered if today would be the day I would answer at least one of the many questions that had been swirling around my brain for the last few years.

It was the first time I had intentionally booked an appointment to discuss the confusing and often upsetting experiences that infiltrated my high school experience and, retrospectively, my childhood too. My partner at the time had actively discouraged me from seeking medical advice because they mistakenly believed that if they couldn’t help as my partner, nobody could. I tried my best to muddle through for a while longer under those false pretences, but ultimately decided that enough was enough with my slowly declining mental health – I would, a few years later, come to that same conclusion about my relationship with that person. Slowly, the sniffling shifters around me left their chairs to find some answers, quickly replaced, names flashing intermittently on a neon screen.

I’ve never gotten used to the awkward limbo of a waiting room; the flash of anxiety every time a brassy doorbell sound indicated it was someone else’s turn, making wary eye contact with other weary souls. The appointment came and went hazily, and I was surprisingly underwhelmed by the laying out of *what was actually ‘wrong’ with me*, but ultimately it would be the start of my tumultuous relationship with Official Mental Illness. From then on, I was diagnosed with general and social anxiety disorder and body dysmorphia, later adding chronic depression and a potential autism diagnosis to that list of labels.

Right now, I’m twenty-three and almost done getting my Masters in Literature, which is an accomplishment that, at times, felt so very far out of reach, let alone something I would exceed my own expectations in. That’s not to say it has been an easy journey to make – quite the opposite. I have stumbled, fallen, flailed and feared failure many times in the last six years, but here I stand on the other side, tentatively victorious and almost always grateful to be here. I owe my continued streak of (mostly) getting out of bed to the numerous reasons I wake up and carry on facing each new day.

The brightest light in my life is my fiancée, Eve, who I was supposed to marry last month but, for obvious reasons, we pushed things back and will now say I do next June. It rained intermittently on the Saturday we intended to tie the knot, so I’ll keep my fingers crossed that next year’s summer sun comes through for us, like a silver lining from the universe. I am lucky to have many wonderful friends, especially in the queer community, their faces dotting the maps of the world I see like little landmarks. I belong to two families, Eve’s accepting me into their fold with love and care, my own being sitcom levels of dysfunctional but fiercely loving.

Not to be all, “I’m not like other depressed girls,” but…

In spite of the popular metaphor, personally, my depression doesn’t really manifest as a black dog, showing up to snap at my heels and howl at the moon; it’s more of a viscous grey mist that seeps in, assassin-like, lingering as long as it takes me to figure a way to open some windows. I can work, I can study, I can see friends, I can read, I can appreciate the outdoors – these are things I have also struggled with acutely, though, and still do from time to time. Finding the will to put on clothes and brush your teeth and go outside might, to some, sound mundane, even easy, but those who have experienced mental illness know that the simplest act can seem impossible from under the fug. Its ebbs and flows are unpredictable and difficult to keep up with, so I’ll never truly be without the trials and tribulations of managing my symptoms and squinting to read the tiny font of the pamphlets listing an increasingly unpleasant side effects that can occur from taking medication.

Known as Duloxetine by trade, the SNRI I have as part of each morning’s breakfast has served me well for the most part in the past few years; before that, I tried two of the classics, Citalopram and Sertraline, with mixed-to-negative results. Luckily(!) a decreased sex drive, occasional nausea, bizarre dreams, a bit of insomnia and the first few weeks of an initially worsened mental state were the worst of the potential negatives that I experienced.

Moving on, and up, and out

The limited talking therapy I managed to access during my undergraduate degree was beneficial, the university providing a counsellor for monthly one-hour sessions where I tried my hardest to articulate the thousands of thoughts I might have shared with the lovely lady paid to listen to me. I appreciated an hour to get things off my chest to a stranger who had no stake in my life, and I’m sure I still would, but private therapy is expensive and NHS waiting lists are long and arduous. I depend on the support of those I am lucky to call my closest friends and family in order to replicate the confessional ambience of the campus surgery, but it is difficult not to feel guilty of being a burden and adding stress to their already busy and equally chaotic lives.

As everyone is fond of saying, we live in unprecedented times: more people than ever are experiencing a dip in their mental health as a result of the myriad of awfulness that is going on worldwide and threatens us ominously from the future. Right now we are in the middle of a global pandemic, and it is more crucially important than ever that we look out for one another, in particular watching out for the Black, trans and disabled members of our community. Prioritising those of intersecting identities and offering our energy to making their lives more accessible is one small thing we can do, as allies, by using our own privileges to offer them a platform.

I am perhaps over-familiar with the art of seeking solace in writing, the cathartic release that can come about from penning a short story, spitting out a poem or constructing a nice to do list for the day ahead. Playing Tetris with my thoughts is an unpleasant game I’m not very good at – I much prefer to let them out one way or another, even if nobody will even read them, or perhaps in the hopes that just one person will. Our darkest days can be enough to push us into scary spaces that we might not see a way out of. It is less often that I indulge in examining myself inside and out to puzzle out which parts I should carefully excise to be more suitable to the world and more and more I see myself unapologetically presenting a queer, autistic, authentic self at times where I feel safe. I might not know where I’m going quite yet, but I am sure that I want to get there.

Chloe Erin is a part-time Masters student of Literature at Cardiff University, as well as a support worker and freelance transcriptionist by trade – drop her an email (chloatwork@gmail.com) for a quote!  She particularly enjoys works pertaining to gender, sexuality and feminist perspectives and is currently writing a dissertation about the queer family and happy endings. She runs an Instagram account for her writing, @chlo.etry, where she shares personal and sometimes sexy poetry amongst other much less dramatic content, usually involving dogs or her fiancee, who she never shuts up about. If you like, you can follow her there, as well as on Twitter @duloxequeen (yes, that is an anti-depressant themed pun, thank you for noticing.)

If you’re enjoying the content on the HATW site, please consider picking up some merch with a message! It helps us keep doing what we do, and can be a great way to start conversations about mental health. 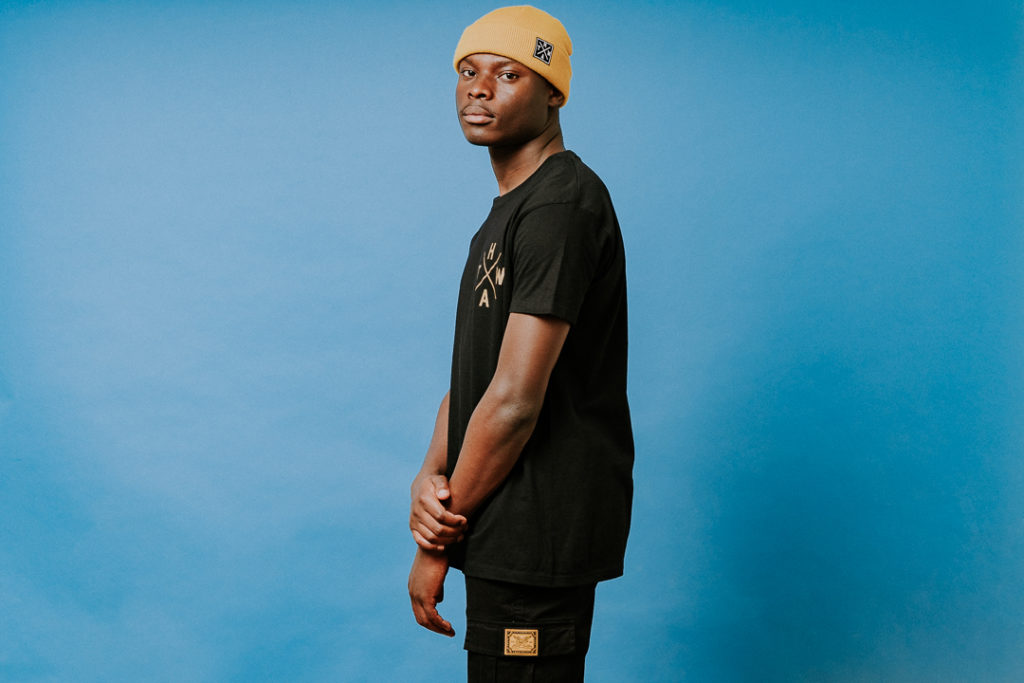